ski the volcano in panama?
soon it will be possible. 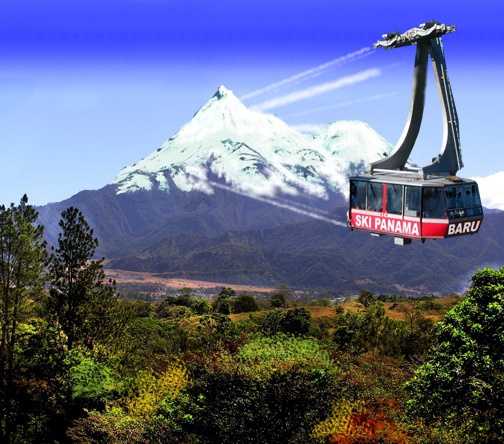 The town of Volcan has been buzzing since recent weather reports told of ice storms and snow appearing on the summit of the nearby 11,400 foot Baru Volcano. The minus 9 centigrade temperatures did nothing to chill the investment climate as one budding US entrepreneur has shown. Rocky Sludge, 47-year old former water-inundated-land salesman from Florida has the gossip mill running on overtime. I tracked him down last week to see If I could clear up the mystery surrounding his claim that he is going to build the first ski resort in Panama.

Rocky has all the aspirations of the same-named boxer. “People don’tbelieve I can do it but I am going to bring the winter Olympics to Volcan in 2020.”  I cautioned Rocky the recent snowfall was hardly enough to launch an Olympic bid. Rocky put his arm around me and then confided that he had a great secret to impart. “Few folks realize it but The Baru Volcano is growing higher every year.”  He pulled a geological chart from his pocket that did indeed show that by 2020, plate tectonics would push the summit 4,000 feet higher to a new 16,132 feet.

Rocky has put his money where his mouth is. Recently, he installed an experimental ski lift on the mountain. Sadly the first trip ended in disaster. Rocky explained that his calculations were off a bit as the gondola started to roar down the 7,000 foot hillside causing the volunteer passengers to scream in fright and jump from the fast accelerating car.﻿

“How fast was the gondola going?” I asked. Rocky said, "after it demolished the cable car lodge and flew over Volcan, the David Air Traffic Control clocked it at a tad over 500 miles an hour. They tell me it landed somewhere just over the Costa Rican border.”

This defeat would have crushed a lesser mortal, but not the incomparable Mr. Sludge. “David,” he said, as he once again put his arm around me (two hours later I found my wallet was missing) “I am going to allow you to be the first reporter to meet The Panamanian bobsled team. Remember how the world loved the Jamaican bobsledders, well that kind of publicity you can’t buy.”  We walked around the corner and stepped into the fetid atmosphere of the “El Borracho.” Volcan’s seamiest drinking hole.

Rocky introduced me to a man with one leg called Eddy (I never did find out the name of his other leg). “This my friend is Eddy the Turkey Gomez, captain of the Panamanian bobsled team.”  I gazed at the other members of the team with disbelief. Pulling Rocky aside I told him that these men were raving alcoholics and not one of them was under sixty five. Rocky did say that if this was baseball, that would be a problem as baseball has a lot of running, jumping catching type stuff.  Rocky continued. “But David what does a bobsledder do? I will tell you what he does, he lays on his back all-day, motionless. These guys have been doing that for over sixty years – David they are experts.”

Signing up Eddy the Turkey and his friends was not easy. But after Rocky assured them that if they weren’t killed or horribly injured in their first race they would be national hero’s.They would have all the chicas and free beer they could ever want.﻿

With that incentive they all rushed to sign on the bottom line.

Rocky has even prepared an artists rendition of what the Baru Volcano will look like in 2020 and Panama’s first advertisement for a winter ski resort. (see attached pictures).

That was a much as I could take. I told Rocky that he was a sleazy, bottom feeding gringo who was just here to exploit these poor hard drinking people. I said his hair -brained scheme was the stupidest thing I had ever heard of. Rocky angrily stormed off but not before his final parting shot. “You media people make me sick – you are all the same, you are all so dam negative.” 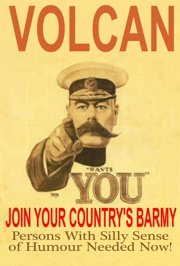 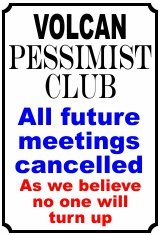