In Volcan’s central park stands a monument to the Chiriqui freedom fighters of 1968. I am sure few VISITORS ever see this 20 foot high obelisk set off the main avenue. It honors the many local men who fought and died opposing the military dictatorship that deposed President Arnulfo Arias. Only a handful of the original fighters remain alive to testify about the bloody events of that time. On Friday May 14th that number decreased even more as their leader passed away. 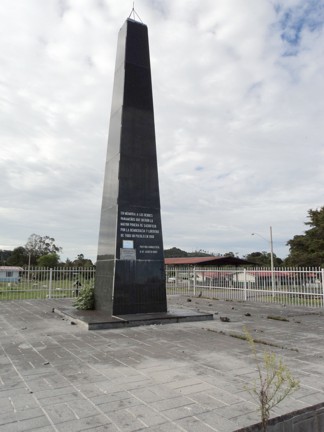 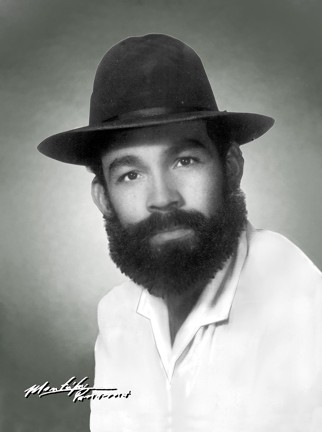 Onofre Quintero was a name unfamiliar to most Panamanians apart from former dictators Omar Torijjos and Manuel Antonio Noriega – they knew him well. In 1968 when they removed President Arnulfo Arias from power, few Panamanians had the courage or desire to oppose the military junta. In the small Chiriqui mountain town of Volcan, a fiercely loyal “Arnulfista“ group,  decided that democracy would not be taken away from them without a fight. And fight they did.

This improvised group of fighters had no organized backing. For them to take on the heavily armed National Guard was heroic but also foolhardy. There was no possibility of international aid as these were not the usual Marxist insurgents. The men, women and boys who took on the illegal government were about as right wing as it was possible to be. Even that most clandestine of organizations that normally would support a right wing force, the CIA, was firmly supporting their left wing opponents. 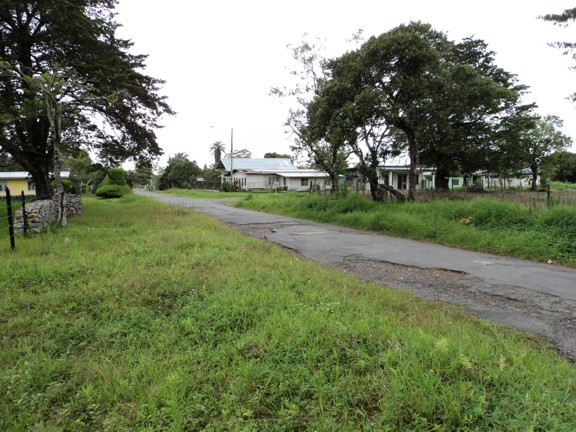 The first attack against the National Guard was on the night of December 13th 1968. Armed only with a varied assortment of domestic shotguns and just one 22 caliber pistol. The plan was highly ambitious. Onofre, as leader of one of three insurgent groups planned to take over the entire town of Volcan. First target was the house of a known informer Matias Morales. A guard jeep was stopped at Morales’s house apparently obtaining information. As this first vehicle pulled away a second jeep pulled up right in front of where Onofre’s men were waiting. The two groups exchanged gunfire at point blank range. This ragtag bunch of fighters put up such a withering amount of fire that the two Guard vehicles,  hightailed it back to downtown Volcan. In this first battle there were many injuries, but incredibly not one death.  Onofre’s group continued firing as they chased the soldiers and the two vehicles. First blood went to the freedom fighters, partly because of the element of surprise and partly because of their total lack of awareness of the dangers involved.

A few minutes later the National Guard arrived with a ten wheeled truck and reinforcements.  Discretion being the better part of valor, Onofre and his men withdrew to the safety of the house of Monte Fullerton..

As Napoleon so correctly stated “An army marches on its stomach.”  There were four insurgent groups in the Volcan area fighting against the government. Located in the Bambito area was a separate group. Eventually they had to give up. Lack of enough weapons and most importantly food, brought them to accept an amnesty from the government. Onofre’s group had to rely solely on friends such as Alois Hartmann and others to supply them with food and weapons. Their second battle was on the morning of November 30th 1968 against a patrol of  the elite “Pumas” at Piedra Candela, right on the Costa Rican Border. This time they were bolstered by some newly received black market weapons. The third and most successful battle was on January 9th 1969 against the same elite Puma battalion at the cuartel at Piedra Candela.  With the use of a newly acquired Thompson machine gun and some  Molotov cocktails,  they fought the Pumas for almost an hour. They were later told that they had  killed 21 members of the National Guard.

They had their losses as well. One of their members charged the Cuartel at Piedra Candela and was mown down in a hail of gunfire. His bullet riddled corpse was photographed and copies were dropped by plane with the grim message: “This is how guerillas die.” When searching the house of one of their non-combatant supporters, Mojica Flores Cruz, they found him dead in a shallow grave. The National Guard had fired so many bullets into his head that his face was unrecognizable. Eventually, Onofre and his men realized that they could never win this uneven one-sided war. He and some of his men took the offer of sanctuary in Honduras. On October 31st 1970 they accepted an amnesty from Omar Torijjos and returned to Panama. Onofre gave his word that he would not engage in any subversive activity if allowed to return to his old job in Chiriqui. He was a man of his word. His employer Andie Fink said that Onofre was one of the most honest and hard workingmen he had ever employed. 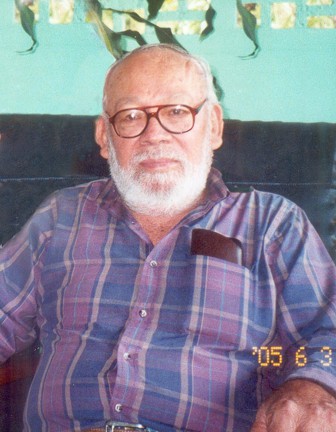 Onofre Quintero; a hard drinking, hard fighting  mountain man once said that he feared no man – the only person did he fear was God. If you are a VISITOR to Volcan, take time to visit the memorial one block behind the Romero Supermarket. It was constructed with stone, tile, concrete and with the memory of lots of innocent blood.