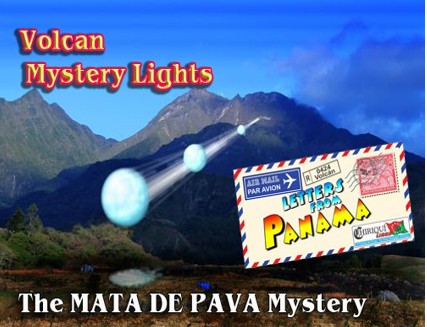 We are not claiming to have solved the whole worldwide UFO phenomenon- but we believe we may have an answer to some of the reported UNIDENTIFIED MOVING LIGHTS – or UML’s.

The Panamanian mountain town of Volcan has more than its fair share of weird and wonderful people and happenings. For the past 70 years, residents have seen balls of light coming from either the Baru Volcano or what locals claim is an old indigenous burial ground called Mata de Pava.

In this article we are proposing a new acronym to join the lexicon of the unexplained.  We have had UFO’s and USO’s now we have UML’s: or Unexplained Moving Lights.  UML’s may go a long way to explain some of the thousands of UFO sightings. UML’s however, are in this reporter’s opinion, from this earth; they are a natural, but so far unexplained, physical phenomena.

The sightings have been a regular happening for the past 70 years. In the early 1980’s the sightings trailed off and almost stopped.  However, in late 2012 the sightings started again. At first, I will admit I was skeptical when I read a report on a local chat line.   Chiriquí Libre editor, Ivan Flores, and I went to interview local onion grower Adelelmo Jimenez on an unrelated story, it was during this interview that Señor Jimenez mentioned the mysterious lights. It was in the early 1980’s and Jimenez recalls seeing three balls of light coming down from the summit of the Baru Volcano. He says the first ball was about a meter across and the following two other balls were much smaller. 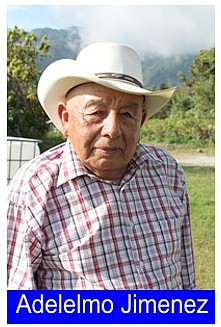 He saw them disappear into the ground at a small volcanic hill called Mata de Pava, found about one mile east of Volcan on the Cerro Punta road. This was his first sighting.

Locals claim that Mata de Pava is an old huaca or burial ground of early Indian chiefs. Legend has it that these ancient burial sites display strange flickering lights.  Locals believe the brighter the lights the more gold the tombs will contain. However our research reveals no evidence whatever to support this.  Apart from one small clay figure unearthed last year there is nothing to support the belief the mound contains any indian graves.  Adelelmo Jimenez is one of at least twenty local people who claimed to have seen the lights.

63-year old, Evelio Quiroz, has seen the lights several times. Eight years ago he had a close encounter when one of the lights passed right over his head. The light, he says, was about the size of a 50 gallon drum and made a noise like rushing wind. Señor Quiroz pointed to the exact spot where the lights originate on the side of the Volcano. (See photo below)  There is a small white, crown shaped scar a hundred meters below the summit.  Other witnesses confirm this as the point of origin. 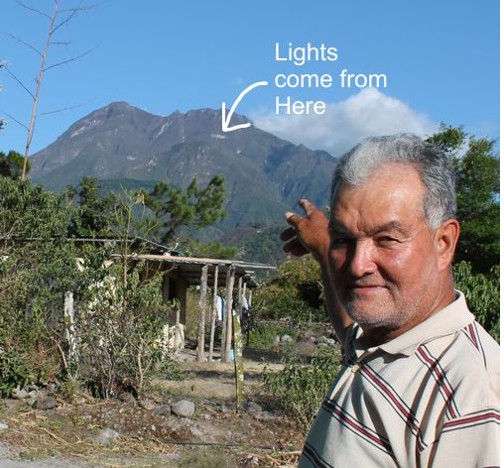 Lightning, does leave objects in the soil called “Fulgurites.”  The intense heat of the lightning discharge melts or fuses elements in the soil into strange and often beautiful shapes. However, as far as I can research there has never been any recorded incidents of “Fulgurite Spheres”  naturally occurring.

The light balls sound similar to the thousands of Ball lightning incidents experienced around the world. Some people may feel this is the only reasonable explanation – except the Volcan lights have a distinct difference. Ball lightning as the name suggests occurs during electrical or lightning storms, however, the Volcan mystery lights appear on calm, clear dry nights- more often than not on cloudless starry nights.  Many people in their lives have witnessed “ball lightning.” Local resident Mel Tawney recalls a ball lightning incident. As a young US army soldier while he was on a flight from Naples to England.

He and several other passengers saw a ball of light 4 feet wide move down the center of the cargo plane and exit at the rear.

Alexander Kieswetter, mentioned below, had a similar experience on a DC9 flight from Valencia to Madrid. Again, both these incidents took place during thunderstorms. The Volcan lights however, reveal themselves when the weather is calm and clear.

75-year old Volcan resident, Jaime Gonzalez, saw the lights at Mata De Pava in the 1950’s. The only strange part about this case was the lights appeared in the daytime - sometime in the afternoon between 4.30 and 6.00 p.m.

He says busloads of workers passing by witnessed the frequent UML sightings. The three bright, orange colored lights disappeared into the growth of the Mata de Pava hill. The observers noted the exact Location where the lights entered the ground and marked it. Next day an excavation in a six foot triangle revealed the three balls had formed small caves around their resting place in the ground. Gonzalez says that someone examined the balls by tapping them with the shovel. Sadly, this light tap caused the balls to shatter into dust. 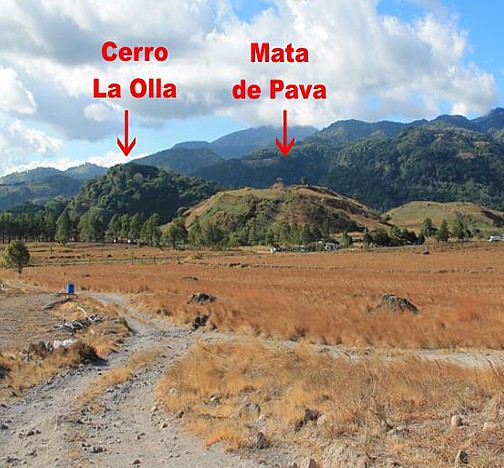 Gonzalez remembers that in the 1950’s lights would rise vertically from an adjacent hill called Cerro La Olla. The lights would then travel parallel to the ground at 150 feet and then descend into the ground at Mata de Pava, only to rise vertically again and move further over to another hill called “Chiote”. The terrain in those days was different from today. Dense vegetation covered the hills whereas the surrounding soil was part of the volcanic ash “Lahar” plain.  In the 1980’s vegetable growers removed all the old vegetation to plant onions. Strangely,  that is when the sightings stopped. 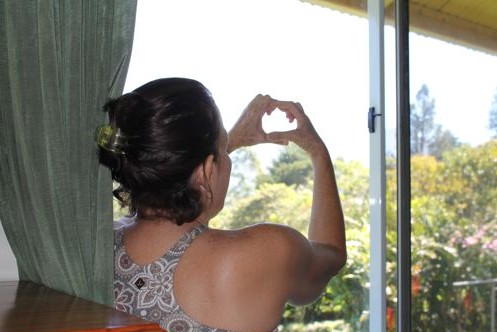 In January of 2013 the lights reappeared. Alexander and Sandra Kieswetter have a house in the Tizingal area of North Volcan and their bedroom affords a clear view of the summit of the Baru Volcano. Around 5.30 a.m. on Sunday morning of January 6th Sandra Kieswetter describes seeing a bright orange ball of light just above the rim of the Volcano.

She showed me how big the ball of light was by standing at her bedroom window and using her clenched hand as a guide. (See photo above) If her memory is correct then the light would have been more than 500 feet in diameter. Her husband, Alexander, saw the ball rapidly disappear in a due south direction. Minutes later, the ball reappeared at the summit of the Baru Volcano but this time the light ball shot straight up into the sky. 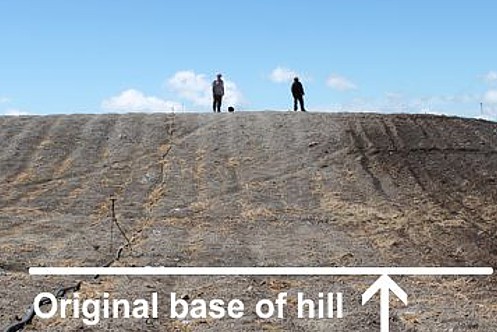 We will most probably never know what these strange lights are. Are they UFO’s as some locals firmly believe, or just some new and so far unexplained natural phenomena. If they are not ball lightning then what are they?

There is another strange happening that might have some bearing. Close to where most of the balls disappear into the ground there is a small hill.

(see photo above) Onion growers have seen this hill grow some 6 to 7 meters in height over the past 20 years. Could this be an underground magma chamber that is causing discharges of static electricity to rise to the surface?  In 2006 the USGS (United States Geological Survey)  classified the Baru Volcano as  “active.” There are magnetic anomalies associated with the Volcano. Could a combination of boiling magma, plate tectonics and piezo-electric effects produce plasma balls?

Local legend has it that there are underground tunnels or volcanic lava tubes in the area.  These might have been used by the Indians as burial or religious sites. If they did exist, then most certainly they would have been covered over in the catastrophic eruption and lava flow of (circa) 1450. The local Indian band is strangely silent about the lights.

This article is the beginning of solving the mystery of Volcan’s UML’s. It is certainly not the end. We will keep readers informed as our investigation continues. If anyone has any thoughts or comments on this story please contact us at: