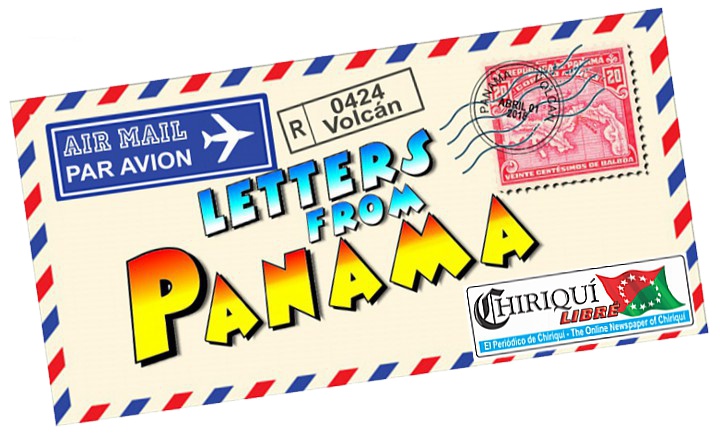 The saga of the last voyage of the Sailing Vessel Jasman. 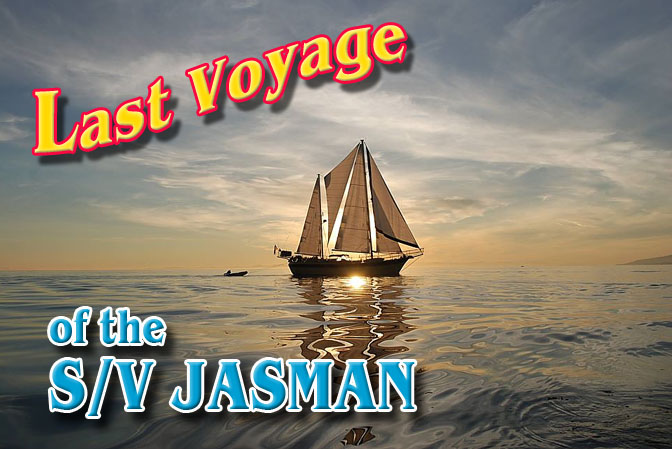 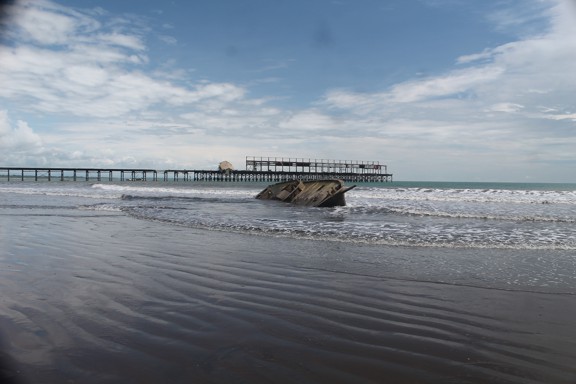 The Wreck of the  S/V JASMAN

In the far southwestern corner of Panama, close to the Costa Rican border is the city of Puerto Armuelles. Over the years many adventurers, both famous and infamous have sailed into her deepwater port. Albert Einstein came to Puerto on a cargo ship in 1933, John Wayne and William Holden reputedly fished the waters here. The infamous French con man Henry (Papillon) Charriere begged a ride on a banana boat in the late nineteen forties.

In October of this year I met the latest seafarer to grace our palm fringed shores; a 53 year old native of Tucson, Arizona, Ron Peck. On Sunday evening, September the 8th of this year Ron’s beautiful 65-foot, ferro-cement, 2 masted cutter rigged ketch, ran aground off Silver City point and sank.

Fortunately, Ron was not on board that fateful night – he was entertaining a lady friend at the nearby “Big Daddy’s” beachside hotel. As the storm broke around 6:30 that Sunday night Ron tried frantically to get a ride to where the boat was moored. He arrived too late. As the light was fading he tried in vain to board the boat as it was close to shore. When he left the boat – the bay was calm and the portholes were open for ventilation. With half the population of Silver City watching Ron struggled to board the Jasman in an attempt at least to close the portholes. At first the bow was facing the shore, but soon it skewed around and breached, the keel forcing the boat on her side. The pounding storm-wracked surf beat to death any possibility that this once fine sailing vessel could ever grace the seas again. 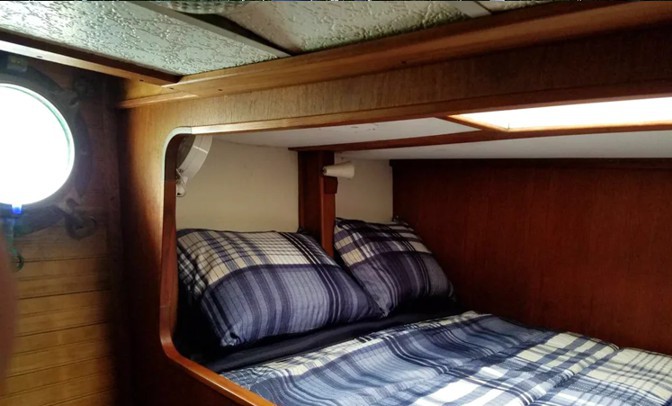 Gone was his boat, his home and everything he owned in this world. Deep-sea sailing is notoriously dangerous – insurance is prohibitively expensive or simply impossible to get. Ron had no insurance. 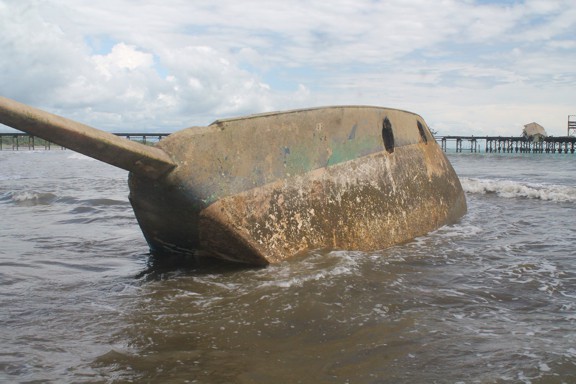 Several weeks later, on a warm sunny afternoon, I sat by the pool in Big Daddy’s and Ron told me his story. This last voyage of the Jasman was fraught with mishaps right from the get go.

He set sail from Port Townsend, in Washington State the previous December bound for Costa Rica. Thirteen days out he faced a storm with 40 knot winds and 35-foot high waves. He lost his engine and sailed into Long Beach California for repairs. He tried to anchor in Oceanside which is a naval area and the coast Guard stated in no uncertain terms-“Move on.”  The authorities didn’t care that he had mechanical problems and it was only his brain wave to hoist the Marines “Semper Fi” flag that allowed him 4 days to sort himself out. He had a motorbike on board and sold that to buy parts. 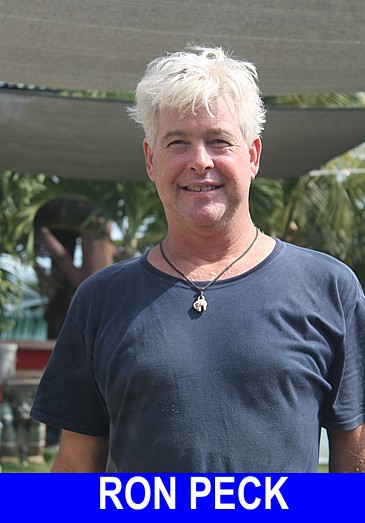 He had two separate crews of 5 sailors on the voyage. The first crew didn't mind that he had no motor. The first crew claimed to have sailing experience, but after a short time at sea their obvious lack of skills became obvious. Unbelievably, Ron found out the American dystopian educational system had these people believing the earth was flat! After several days deep at sea one member finally conceded, “Wow, there’s actually a curve on the ocean.” 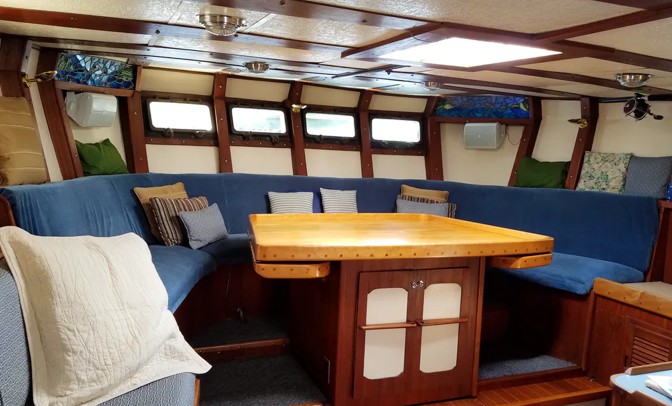 WHAT ELSE CAN GO WRONG?

As they sailed into Cabo San Lucas, Mexico, the rudder jammed forcing him to sail in a circle. Ever the solution finder- Ron successfully managed to steer the boat using the sails. Sails need wind and then they had a 2 week period in the doldrums with little or no wind. At one point he was even sailing backwards. He jury-rigged a ladder to the rudder and this at least gave him some control. Thankfully his second set of crewmen were experienced and up to the task. 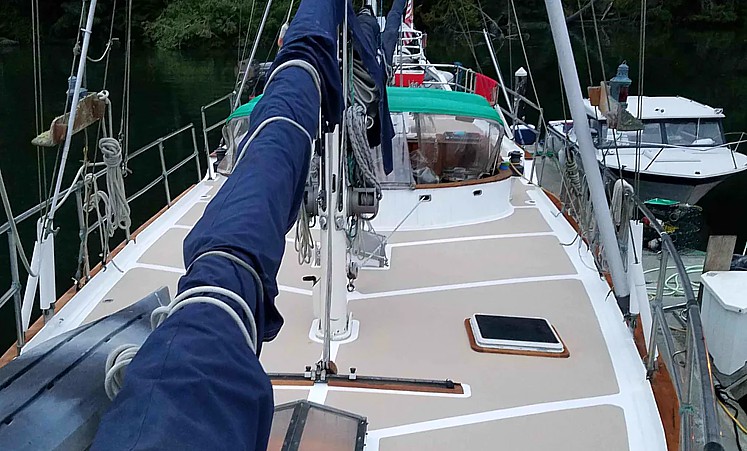 BOOKING IN AND BOOKING OUT.

Sailing from one country to another has most probably not changed since the days of Henry Morgan. There is a certain protocol: When arriving at a port and before reaching the pilot area, the ensign flag of that country is hoisted at the stern of the ship. The ensign of the country from where the ship came is then  hoisted at the bow of the ship. An alphabetical flag G, which signals the need of a pilot, is also hoisted. When the ship leaves the pilot station and before it reaches the quarantine station, the quarantine signal flag Q is hoisted. The Q flag is removed before the ship reaches the berth. 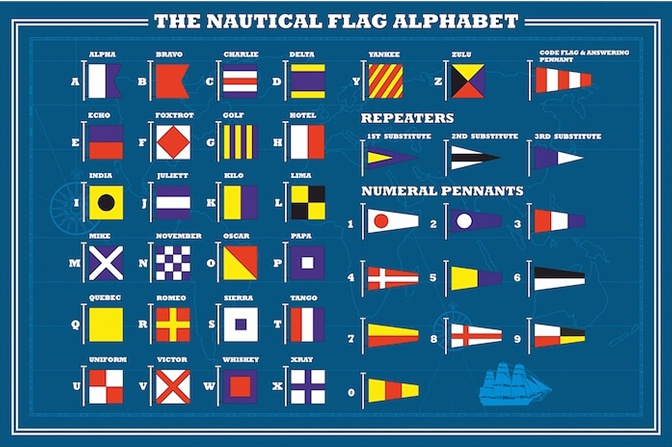 This is the process called: “Booking in,” However, when he first arrived in Costa Rica, they wanted papers to show that he had: "Booked out” of the United States. He explained that US does not require booking out. The Costa Rican’s were not helpful and he decided to move on to Panama. 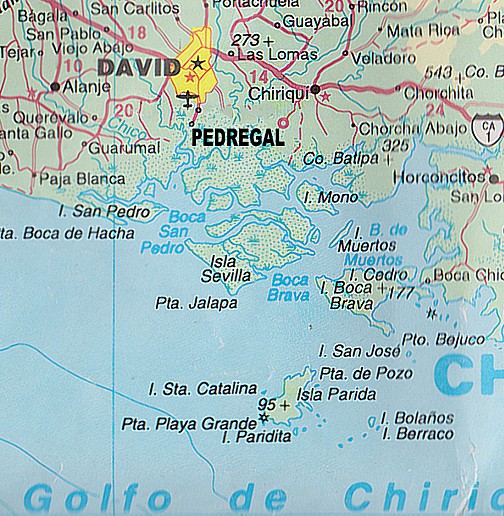 He arrived off the coast of Panama close to Pedregal. He anchored and took the dinghy 8 miles up the estuary to Pedregal to “Book in.”  He was wrongly advised by the person at the port authority and  told that no, he couldn’t book in here -  he had to go to Puerto Armuelles. 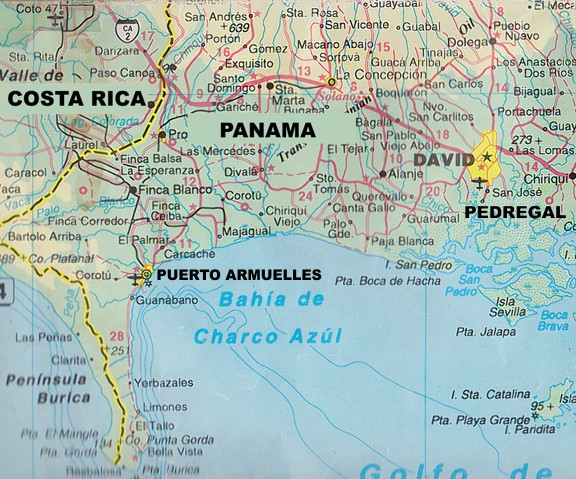 At the San Isidro checkpoint at the Paso Canoas border crossing, unfortunately Ron came across an officous agent who clearly exceeded his authority.

Ron explained to me that there are three different types of entry to Panama; by air- by land and finally by sea. Landing by sea means you have 72 hours in which to "Book in." The border agent wrongly kicked him and his nephew, Johnny Larusso, over the border into Costa Rica. The nice Costa Rican border agents quickly confiscated their passports and told them to go to the capital San Jose, to get them back.

Ron and Johnny were now desperately short of money and asked relatives in the US to send some to Western Union. Problem! To get money from Western Union you need a . . . passport.

Without making the saga too depressing, safe to say after ten days and a 6-hour trip to San Jose and back, they returned to Panama and  Pedregal. In the small dinghy they perilously made their way back down the 8 miles of estuary to where they had moored the Jasman. However, after this period of time the boat’s batteries were flat, there were no running lights and Ron says they were 10 feet away before they spotted the dark silhouette of Jasman riding at anchor.

Eventually, Ron arrived at Puerto and started working on repairing the engine and rudder. They sailed out to the ISLA PARIDA and foraged off the land on pineapples and avocados. Fortunately for Ron, but unfortunately for a local restaurant owner, the restaurant’s generator had failed. One thing Ron did have was a good working knowledge of generators from his time in Florida. In no time at all Ron had the generator working. How grateful was the restaurant owner? Well, for the next 10 months Ron and Johnny enjoyed an open bar on the idyllic Parida Islands.

Ron then needed some time away from the ocean and moored the Jasman in an estuary and traveled Central America with his newfound companion “Lizzie,” from Italy. Later Lizzie returned home to Italy.

In the summer of 2019, Ron again sailed into Puerto Armuelles for more repairs on the engine. It was on the fateful Sunday night of September the 8th that Ron was staying ashore at the “Big Daddy’s Resort” that news came about the impending storm.

Despite the loss of the Jasman, Ron still waits to set sail again. He told me, “I have never felt more at peace than when I am on the ocean. I love the solitude – and yes I will sail again.” 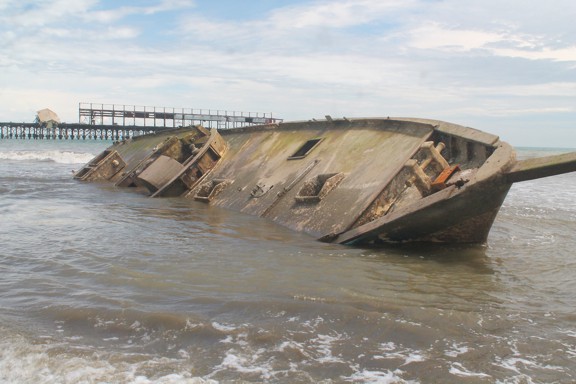 The wreck of the once mighty, Sailing Vessel Jasman, lies off the shore of Puerto Armuelles, close to the “Silver City” sign. The merciless pounding waves will eventually smash this once proud prince of the ocean’s into the sand. All that will remain will be a memory.

Ron Peck is a fascinating character. This saga of the Jasman's last voyage is just one part of Ron's long and highly adventurous life. He has thought about writing a book. I formerly place my order now for a signed copy of the first edition.