Einstein Goes Bananas.
The true story behind the
1933 secret trip. 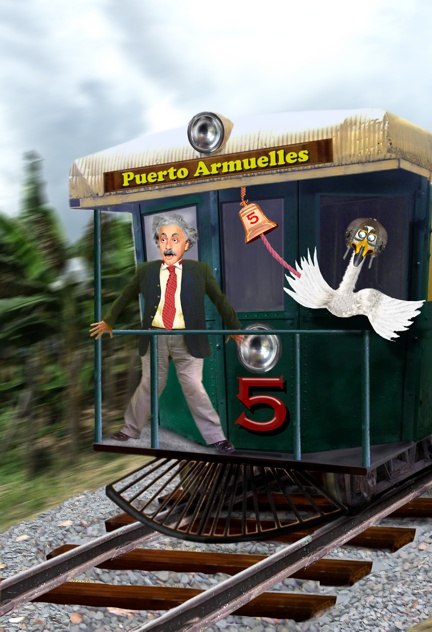 In the above fictional illustration from the Jack Swan Time Travel Adventure, Feeling hot and bothered Einstein asks Jack Swan to take him on a short trip where the cool air from the speeding train would refresh him. The throttle gets stuck and the train comes to a crashing halt in the harbour of Puerto Armuelles. Einstein's wife takes an umbrella and almost beats Jack to death.

In the true story from January 1933, Einstein did go bananas. Well he was driven in a small rail car up to the town of Esperanza in the Chiriqui province of Panama. Briefly, he would have toured some of the huge banana growing farms run by the United Fruit Company. Unfortunately the rain was such that the side trip was cancelled. UFCO employee Mark Trafton met the great scientist during this rain filled journey. He drove with Einstein in the rail car that day, back to Puerto Armuelles.

Pictured below two old railcars in the work sheds in Puerto Armuelles. Did Einstein possibly travel in one of these cars? 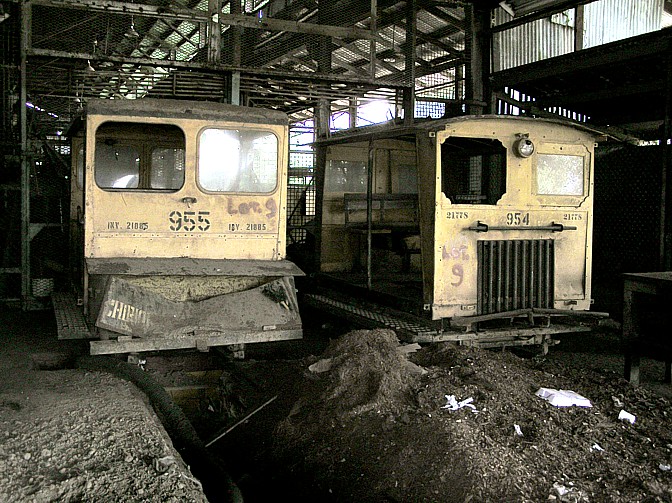 This is an excerpt from the MARK TRAFTON PAPERS, detailing his meeting with the great scientist. Note: The "Car" he mentions here was not a motor car, rather a small self powered railcar. In the 1930's there was no road between Puerto Armuelles and Esperanza. The only means of transport other than by railcar was by horse or bicycle.

ALBERT EINSTEIN. and his wife Eloise, were on a Company ship from Panama to California after moving to the States from Germany. During their stopover, Mr. Blair asked me to meet them in Esperanza and show them something of the banana farms. I took advantage of the occasion to go there the night before to visit with friends, among them Duffy Reagan, brother of the accountant. (They came from Taunton, Mass. where I once played with an orchestra in the Roseland ballroom). We celebrated most of the night and the next morning it was pouring rain but the Einsteins arrived there by motorcar, with the storm curtains buttoned down on all sides. I had a "goma" and so did Duffy. He rushed out to the motorcar in the rain, raised the curtain, stuck out his hand and said "Hi, AI, Reagan's the name" and then returned to the bachelor quarters. I got in the motorcar on the seat between Einstein and his wife to ride back to Armuelles with them since we couldn't look at bananas in the rain.

I felt very ill but managed to point out things of interest along the track. His English wasn't much better than my German; he knew nothing about bananas and I knew nothing of the theory of relativity except E=mc2, but we smiled and nodded all the way back to Port.

What an impressive person, that head of frizzly grey hair; those wide-open eyes which had looked into and fathomed secrets of the universe; his appreciative, unassuming manner. A true scientist. 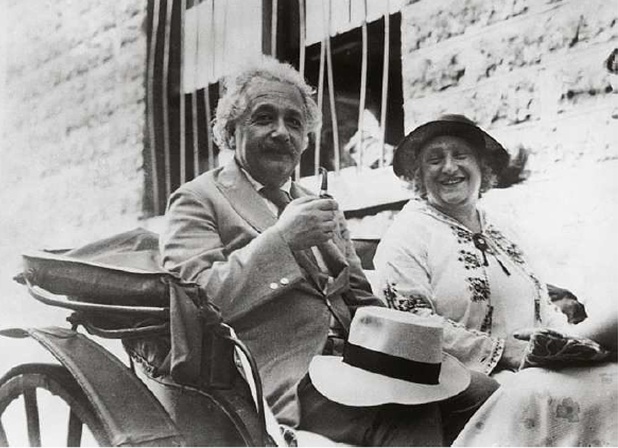 In January 1933, Albert Einstein and his wife Eloise travelled through the Panama Canal and made a secret stop in Puerto Armuelles. There is speculation that Einstein was setting up an "underground railway" for Jews escaping the coming horror in Europe. In the picture below Einstein and his wife went shopping in Colon City. He insisted that the Hindu shopkeepers be included in this photo. 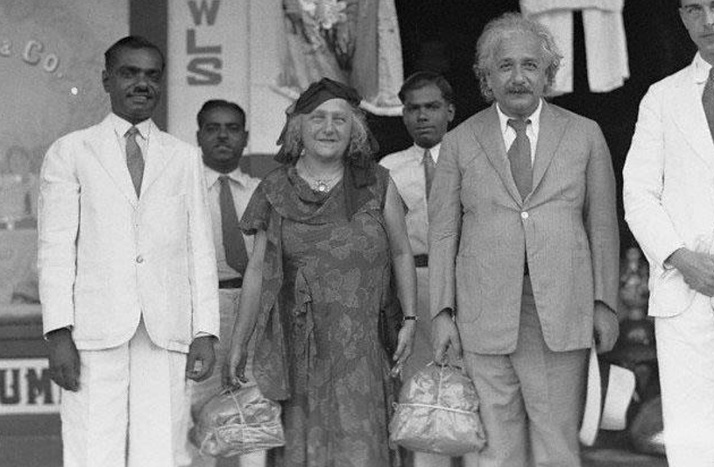 (photo courtesy Panama Travel Bureau) In the second book by author James Spencer, he takes a slightly light-hearted look at what might have gone wrong if Jack Swan did indeed meet the great scientist. 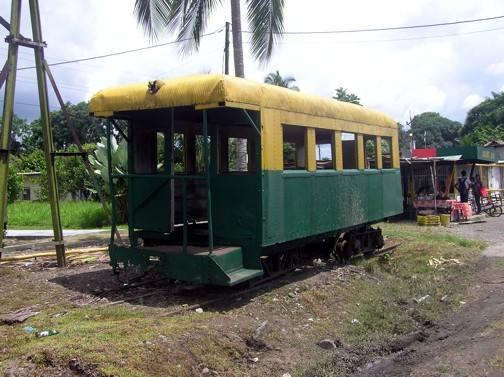 This old railcar was in the small town of Progresso, Chiriquí. With the widening of the road to 4 lanes, the old railway station and these rusting rail cars have since gone. Illustrator James Spencer used this as the basis for his book illustration. These railcars were most probably not in use in the 1930's as they would have been diesel powered engines back then. 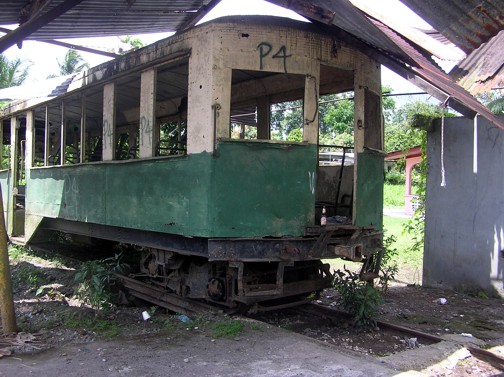 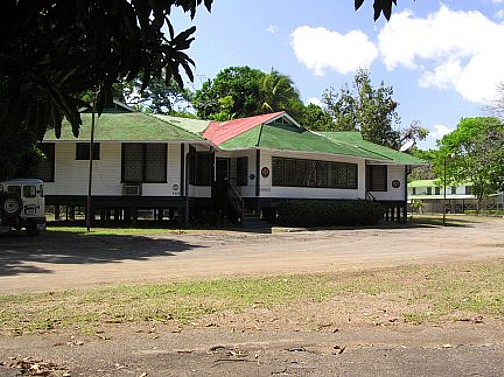 Above  is historic Blair house in Puerto Armuelles. This was the former  home of the company head of the United Fruit Company.  Many heads of state, presidents and dictators stayed here - including the infamous Manuel Noriega. Close by is the ruins of the former Masonic Lodge of Puerto Armuelles. Hank Blair, was reportedly a mason and speculation abounds that he was working with Einstein to help refugees escape the coming holocaust in Europe, using the Great White Fleet of banana boats owned by the United Fruit Company. Despite the belief held by many, Einstein, it appears was NOT a freemason. However, he may have had contacts in the craft that enabled him to help Jewish musicians and intellectuals to escape to America. 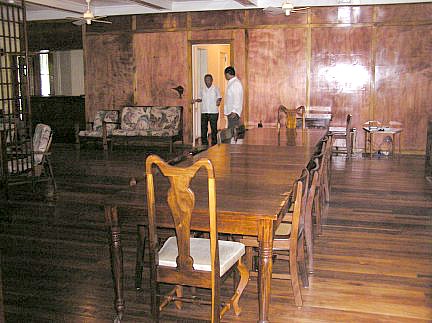 Mystery and intrigue echoes through the walls of Blair house. Was this the planning table were the fate of thousands was organized? - Sadly history and Blair house are keeping their secrets. 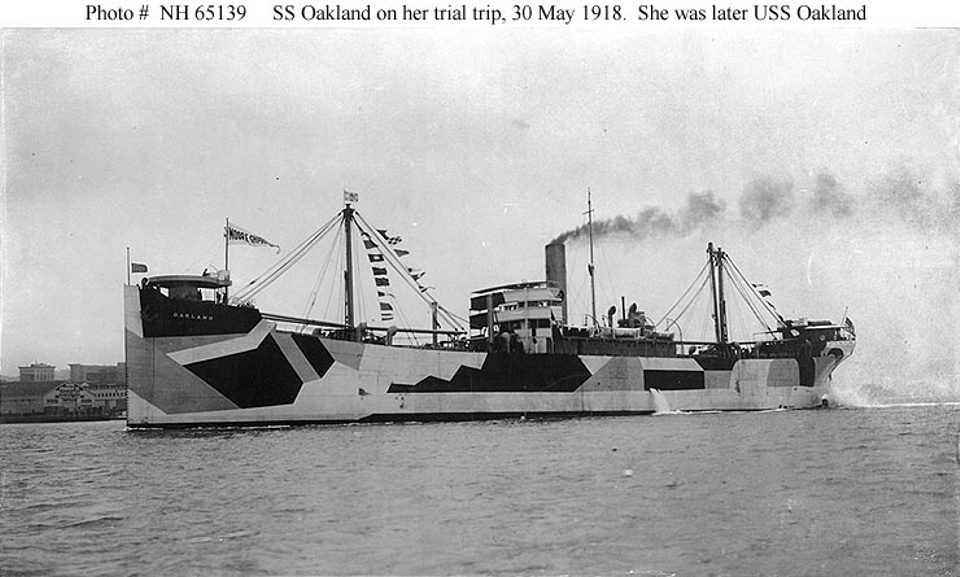 Above is an early picture of the cargo ship  The Oakland, that Einstein traveled on - why a cargo ship and not a luxury liner?

And why did Einstein keep this trip so secret? Even time traveler Jack Swan couldn't work that one out.

For an embarrassingly small amount of money you can obtain the E-books of the Jack Swan Adventures. Ideal for young and creative persons.