CHUPACABRA in Panama.
Mythical or menacing? 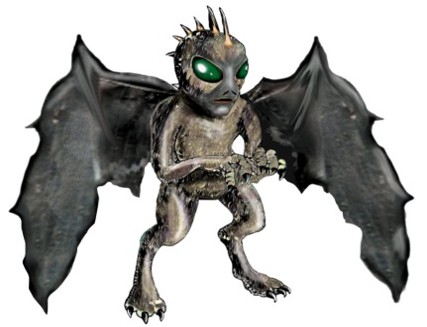 The Chupacabra story has aroused international attention since the first eyewitness sightings in Puerto Rico in the 1990’s. The story has been featured on mainstream television news networks, including CNN. Reports of sightings range as far north as Maine in US, to Chile in the south. According to Armando Rodriguez, head of the Volcan department of MIDA, (the Panamanian government animal health organization) Chupacabra attacks have occurred in Chiriqui for the past five years. 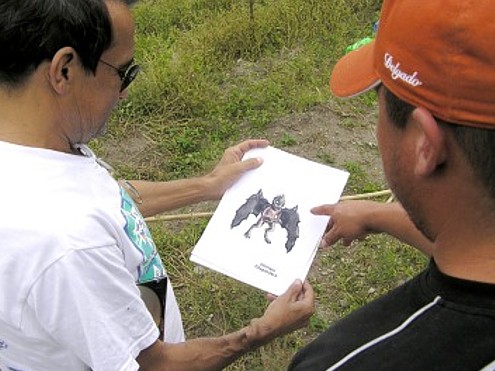 The name Chupacabra comes from the Spanish “goat sucker.” Originally this was because of the reports of this creature sucking the blood from goats. However, in the latest reports, the Chupacabra has widened its taste to include sheep and chickens.

Artists impressions based on eyewitness reports suggest a creature that has large eyes, a horned back, claws and based on testimony from the Chiriqui attacks – it has large wings with a span around 6 feet across. 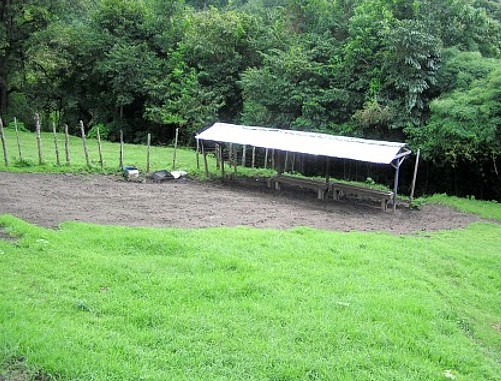 In the fall of 2007 I heard of these stories, and like most people I regarded them with a healthy dose of skepticism – that was until I spoke with eye witnesses. The Chiriqui attacks haven’t always made it to the newspapers, because local businesspeople feared the story would impact the fledgling tourist industry. One witness told me his story only on condition that I didn’t name him or the Chiriqui resort that he worked for. 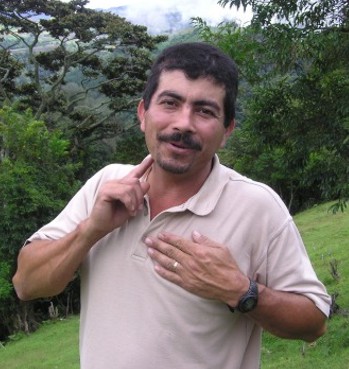 He told me that in Late July 2007, he found several sheep dead in a corral in a mountain pasture above Volcan. The animals had two small incisions made in the necks and had all the blood drained from them. The attacks continued night after night for almost a week until the property owner had him stand guard with a shotgun. He didn’t see the Chupacabra kill the sheep but he did hear a large flying creature that made a swooshing sound as it descended to attack its prey. The property owner called in government vets to examine the dead animals to see if there was any evidence of the identity of the creature. According to MIDA, samples were taken by this vet and sent back to government laboratories in Panama City. This is where the story takes a twist. The vet in question, who doesn’t wish to be identified, refutes this. His story is that it was two weeks after the incident when he visited the site. The animals had long since been buried and therefore he didn’t take any samples .I went back to the head of MIDA in Volcan, Armando Rodriguez, to see if he might be mistaken about the timing of the vet visit. He was adamant that the vet had been there within 24 hours of the attack. 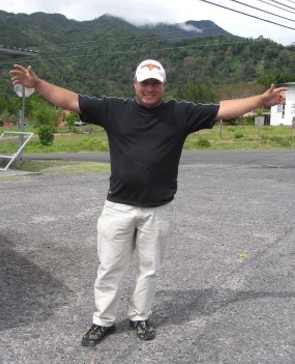 More attacks in the same area.

Just a few miles west of this first location another attack occurred, also in late July. This time 7 sheep were killed over a weeks period. Again the sheep owner had a guard stationed with a shotgun. The difference here is the guard, Frank Delgado claims he saw the Chupacabra flying low across the field where the attacks took place. It was around 11.00 p.m. at night but as the creature swooped over the field it was caught in the glare of a street lamp.

I showed Frank the artists impression based on a Wikipedia drawing. He mentioned the creature’s wingspan was as wide as his outstretched arms. He also commented the creature flew in an awkward and ungainly manner, similar to that of a Pelican. Again, just like the first witness he reports the creature’s wings made a swooshing sound. Something you might expect from a large bird.

Similar to the first attack, the sheep all had puncture wounds in the neck and all their blood appeared to be drained from their bodies. My question to both these witnesses concerned the possibility that this was just some normal wild animal attack. The difference in these two attacks is that no flesh was torn or had been eaten. The creature it appears was not after flesh at all. Its focus was purely on draining the poor animals of every last drop of their blood. 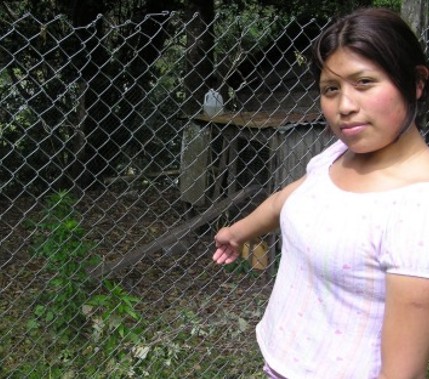 About a month after the two sheep attacks, it appears the Chupacabra came back – this time its victims were chickens. Less than a mile from the second attack ten chickens, were in a wired enclosure on the Hemmerling property. The Hemmerling's housekeeper, 18, year old Julianna Bejerano, went out early in the morning to hang clothes on a line. The sight that met her eyes was chilling. Ten chickens lay dead, face down on the ground. Between the back of each of their necks was a round incision about the size of a silver dollar. Feathers were strewn all around so there was evidence there had been a fight to the death. Similar to the two other attacks, there were no signs that any flesh was eaten. And once again the bodies had been drained of blood. A strange point about this incident is the house is guarded by several large dogs. Julianna told me that whatever attacked the chicken house, did so without arousing the guard dogs. 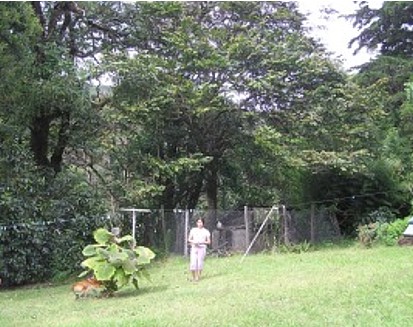 Skeptics may scoff at these accounts and say they are just another case of hysteria and misinterpretations of natural phenomena. Unlike the thousands of UFO sightings, with their fuzzy photographs, and blurry video’s, the Chupacabra story has clear physical evidence that cannot be attributed to wild animal attacks. A greater mystery is what happened to the hair and blood samples that were removed from the site of these attacks, and why does it seem that some form of official denial is now taking place. As Sherlock Holmes might say. “The mystery deepens.”