A panama story
An embrace that waited
sixty years. 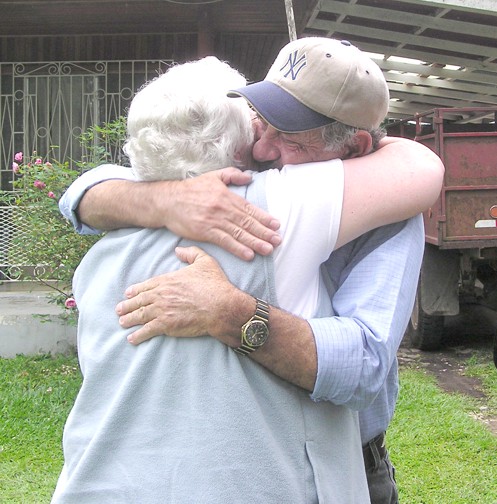 An Embrace That Waited Sixty Years

There are many thousands of stories about the early days in Panama, stories of hardship, suffering, and the struggles just to make a living. This is a true story about a child born with an affliction to a large and poor family. A child that could have faced a lifetime of ridicule and embarrassment – save, for the intervention of a kindly stranger.

Ziska Hartmann was born in 1932. One of ten children in the mountains of Chiriqui. Sadly he was born with a cleft palette, a condition that at the time only skilled and expensive surgery could have corrected. His father, Alois, was struggling to feed his large family as well as trying to start a coffee farm. Sending his son to Panama for treatment was simply out of the question. 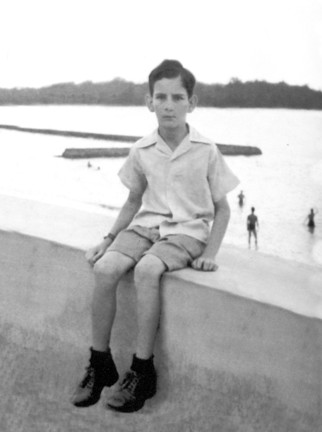 Ziska Hartmann after the operation in 1942

A neighbour of the Hartmanns’s was Carl Pfeiffer. He worked in the Canal Zone and had the necessary contacts in the medical community there to help the young boy, and offered to take him to Panama City and pay for his care. Pfeiffer, a long time member of the Masonic Lodge, was a member of the Panama Canal Consistory No.1. Masons are by design a secretive society, but much to their credit, the many, and generous donations they make to society are also done secretly, without thought to fanfare and publicity.

Carl Pfeiffer told the boy’s father that the various surgeries, followed by healing time, could take as long as three years. In that time he stayed at the Pfeiffer home in Panama City and became a close friend to their daughter, Lois. Lois and Ziska soon became inseparable. As she later recalled she was almost a mother to him – a very bossy mother, as she later confessed.

Ziska’s operation in 1942 was a success. A photograph shows him after the operation sitting on the side of the sea wall in Panama City. His face, and his self esteem restored to normal.

The Pfeiffer’s moved on and despite occasional letters, contact between Ziska and his childhood friend Lois faded with the years.

In 2007 Lois Pfeiffer contacted me at the website I was running called yourpanama.com as I had written an article on Alois Hartmann, the father of Ziska. She wondered, if he was still alive. She planned a trip back to the mountains of Chiriqui to see the place she had known and loved as a child. Through my research I found out that indeed he was alive and well and living near the Hartmann coffee estate at Santa Clara near Volcan.

It was a sunny May morning as Lois and her daughter Margaret set out with me to drive the twenty minutes or so along the winding road to Santa Clara. Lois wondered if Ziska would remember her, perhaps the many years that passed had faded his memory.

After getting some directions we drove a short distance up a gravel road and pulled into a small hacienda. A slim man with a dark moustache appeared on the balcony. I stepped out of the car wondering if I had the right location. “Ziska Hartmann?” I asked. “yes,” he replied as he walked toward the car. Lois Pfeiffer stepped out of the car and the sixty years that had separated them dwindled to nothing as they grasped each other in a long and powerful embrace.

The afternoon rain was just beginning to fall, as the tears of over half a century rolled down the cheeks of the two long-lost childhood friends. Lois Pfeiffer tearfully said, ”I didn’t think you’d remember me.” Ziska held Lois in his outstretched arms, and gazing down at the daughter of the man that had forever changed his life, said. “Oh no Lois, I have never forgotten you.”

A small crowd of people watched the embrace that had been sixty years in the making. An embrace that wasn’t dampened by the few drops of summer rain that ran down their faces, and mingled with their tears. 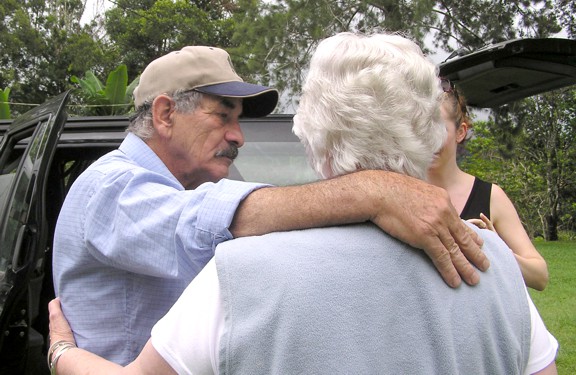 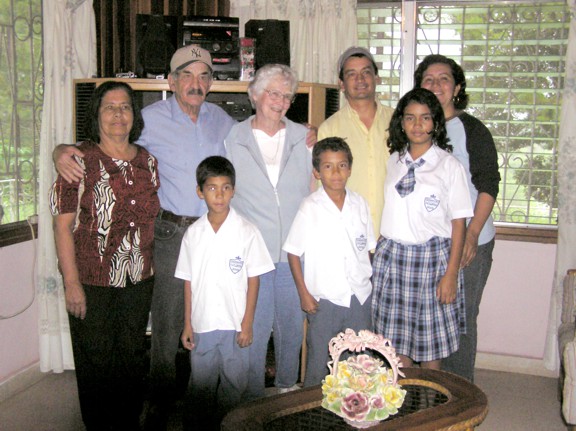